A project over a few years and still an ongoing one I'm sure!

This was the garden when we viewed the property. It was very over grown with lots of trees and a pond in the middle of the garden. Wherever there weren't trees there seemed to be tree stumps. 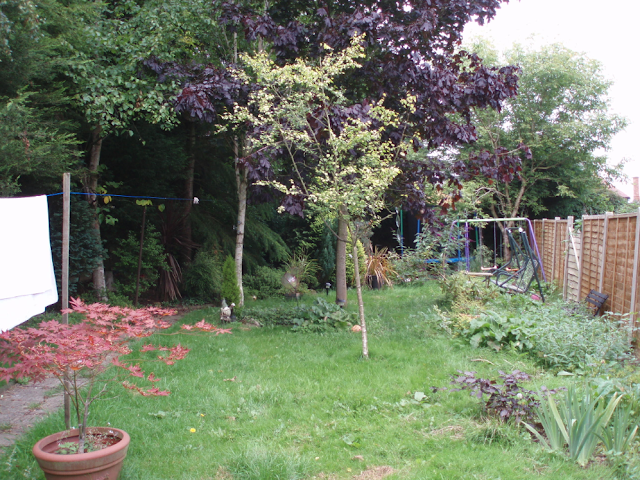 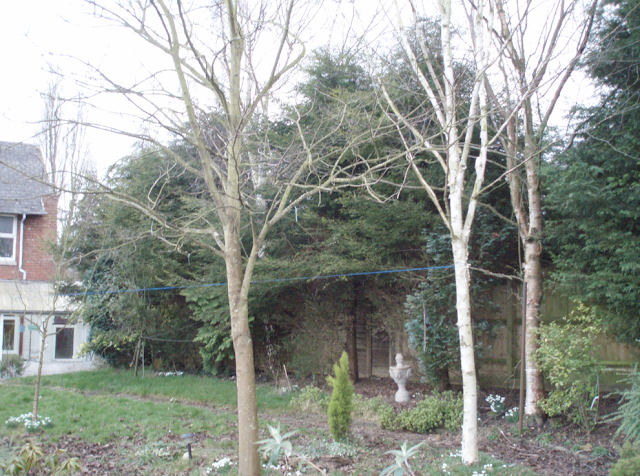 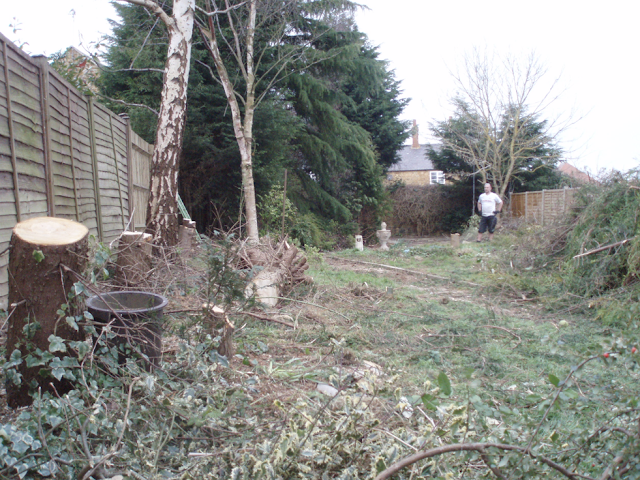 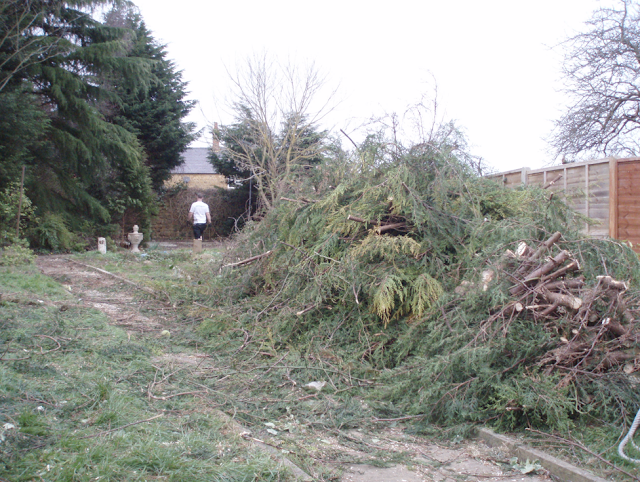 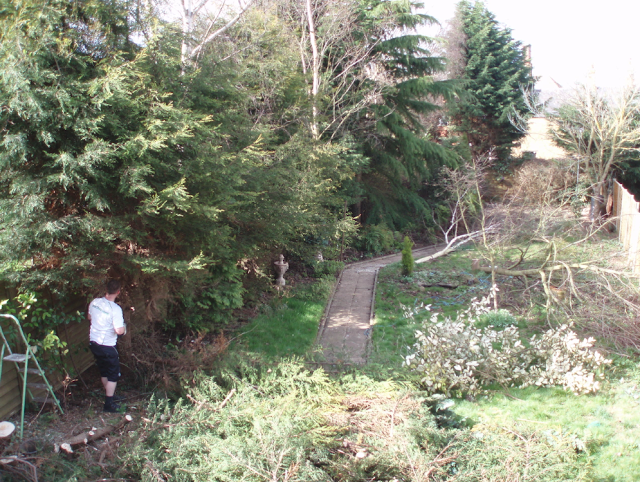 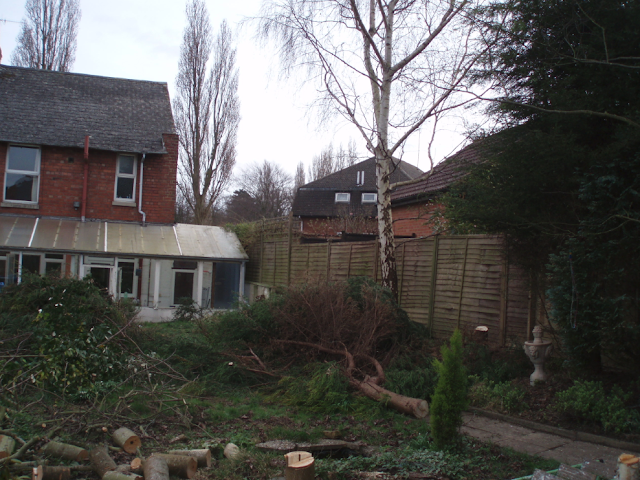 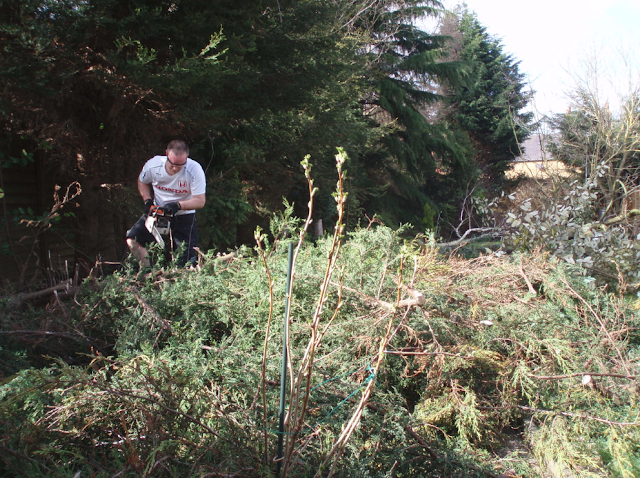 Then it all had to be cleared and the mammoth task of pulling out tree stumps. 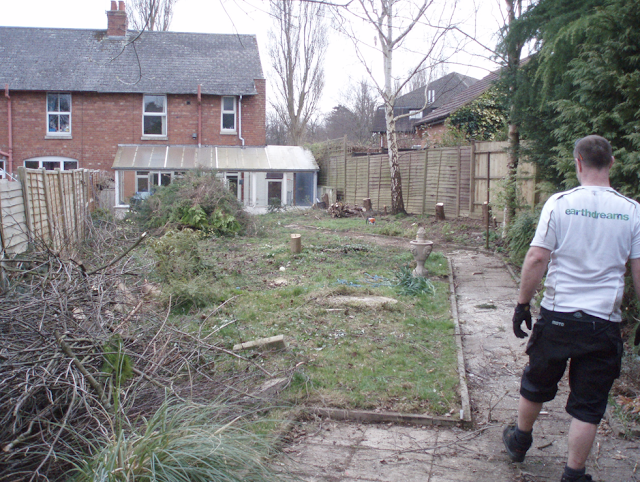 By the time of Joplin's First Birthday it was a lot clearer. 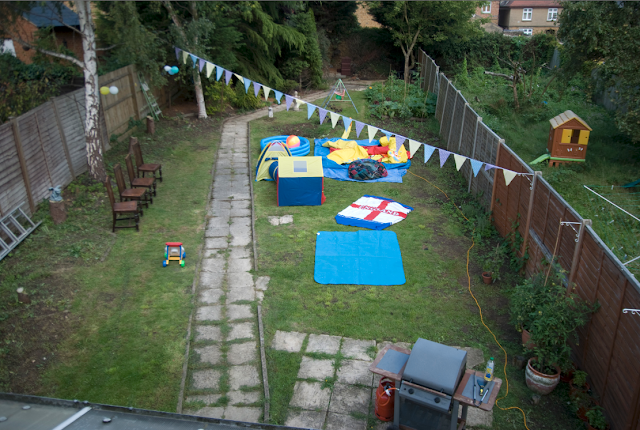 It was then time to re-turf. Dan leveled out the garden as it sloped down quite a lot to the side. It was then dug out and the ground rolled - with a little help! 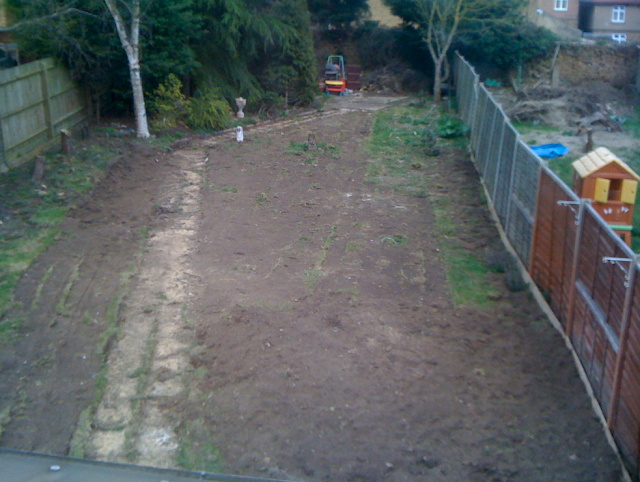 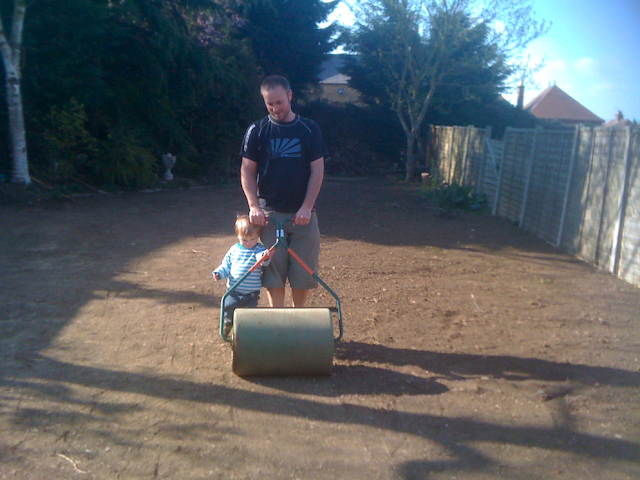 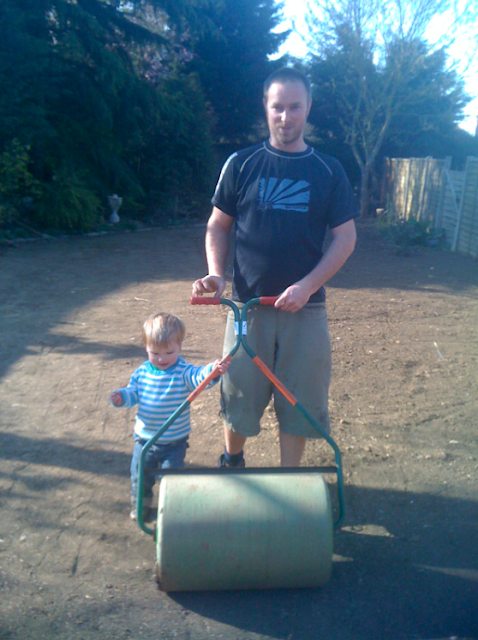 He then laid the turf. 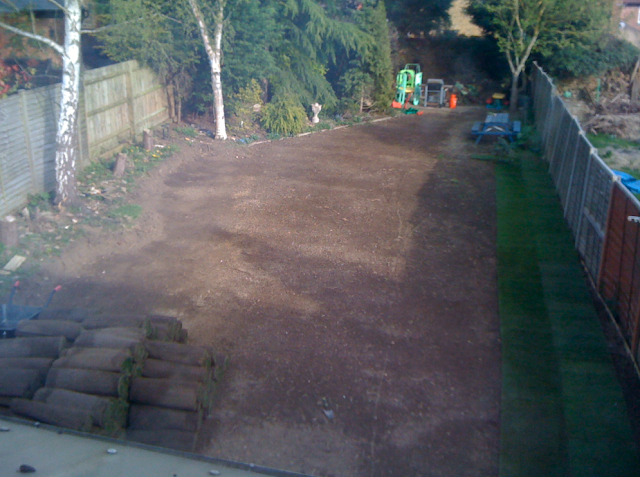 This was the scene by Joplin's second birthday! The new grass was a little patchy in places at this point and some had to be re-done. 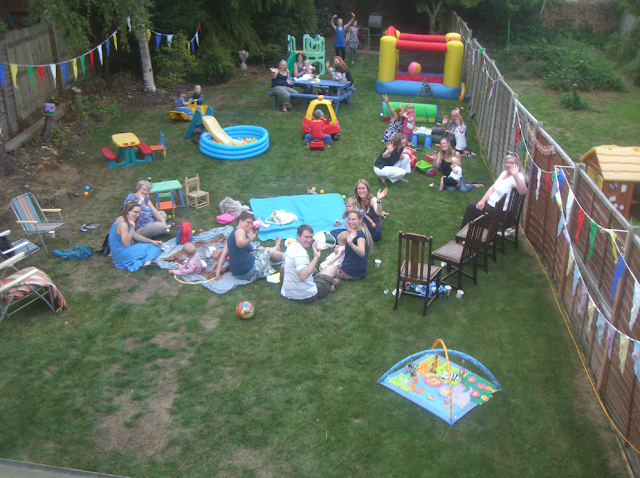 Another year later and Dan landscaped the sides with rocks and wood and made sort of benches along the left hand sides. The trampoline and climbing frame made an appearance and the lawn was looking good! 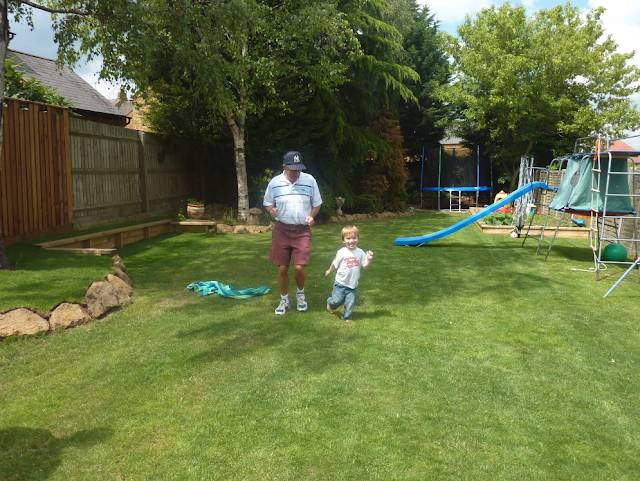 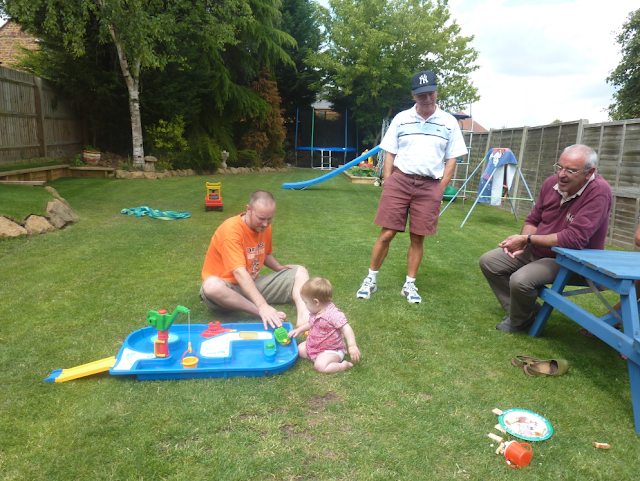 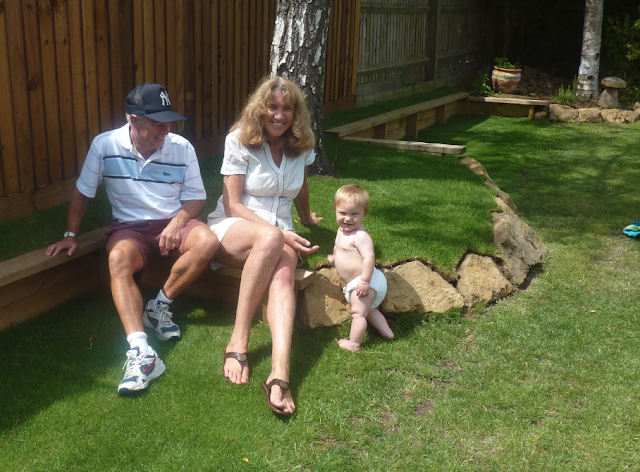 The veg patch is still only occupied by rhubarb although we have had a couple of fabulous pumpkins in other years. It is ready to go for next year though and I have hopes for a sandpit at the end! It is a great space for the boys to run around and a lovely garden after a lot of hard work! 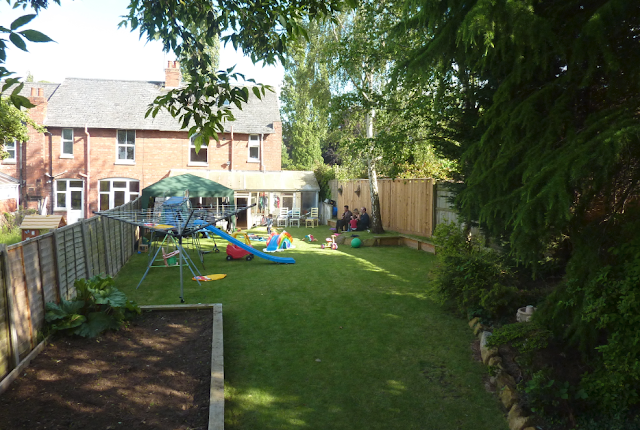