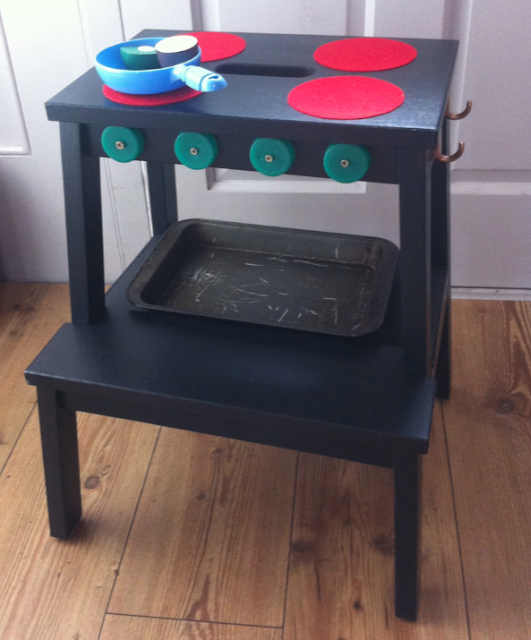 I have been wanting a nice wooden play kitchen for the boys for ages but they are so expensive. Eden loves playing with the one at nursery and cooking up a storm! Then I came across this link the other day just in time for a planned trip to Ikea on the way home from my Aunt's house. Perfect timing! The steps were already black and cost £14. (Bekvam) You could buy the plain wooden version for £11 but I wanted this to be a quick project and didn't want the bother of painting them.
The hooks on the side were £1 from B and Q and I coloured them bronze with a sharpie. They were self adhesive too which made things even quicker.
The hot plates were circles of self adhesive red felt. I drew around my Gaffa tape roll to get the right size! 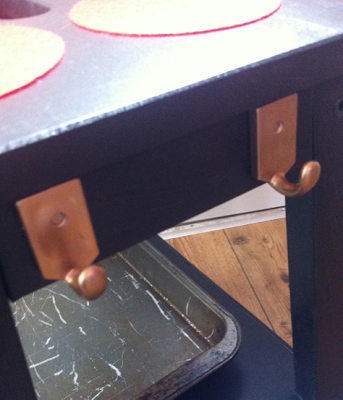 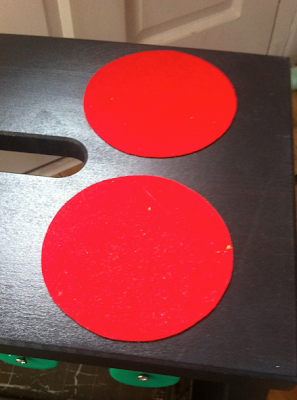 For the knobs, I just screwed on milk bottle tops then wrote gas marks 1 - 9 in a black sharpie. ( I made the hole in the middle of the lids by heating up a paperclip end on the hob and then letting the metal melt the plastic in the right spot). 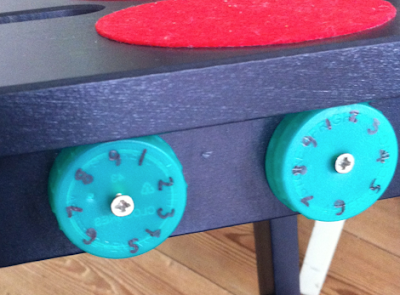 For the back shelf I just used the cardboard from the box containing the flatpack steps, put 2 sheets together (with the grain going opposite sides) and with a sheet of black cardboard cut to size on top. I secured it all down with black tape. (I used gorilla tape as I had some to hand and it is really secure). It seems to hold quite a lot of weight. 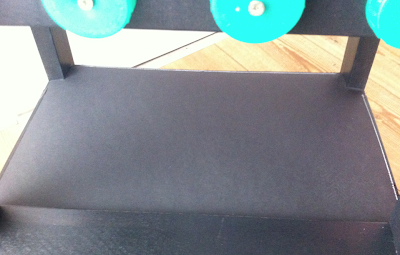 I'm so pleased with how it has turned out and the great thing is that it can still be used as steps, or a booster for when Eden wants to help me with the actual cooking. The wooded veg and toy cooking stuff we have will be great to use with it, but also will real cooking implements around the kitchen.
The whole project from flatpack , salvage of objects, and completion probably took under an hour - just the kind of project I like! It also cost £15 total and can be used long past the life span of a play kitchen. 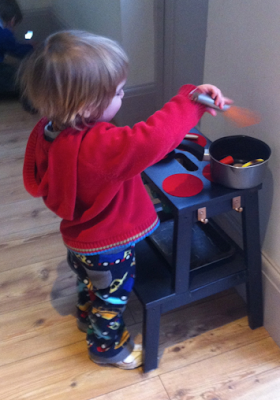 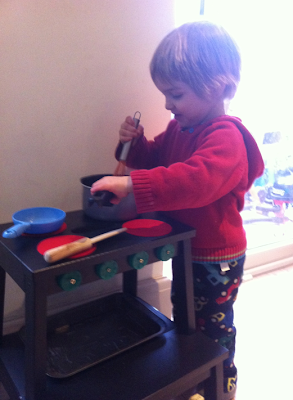 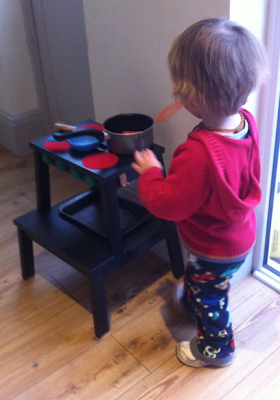 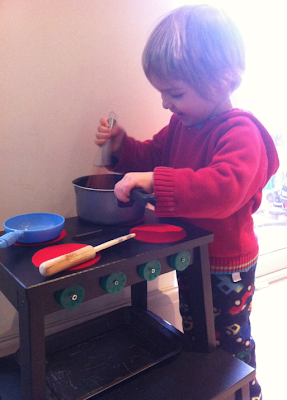 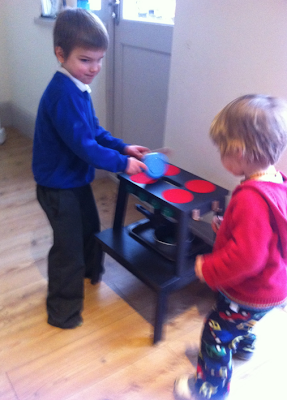 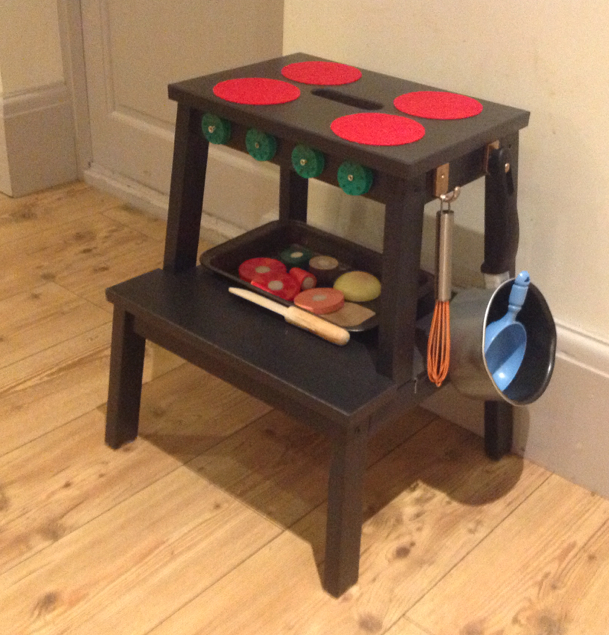