I put together a couple of pictures this year - one for Dan, and one for my sister's family. Both needed shadow box frames, and as I didn't have any I made them from other frames using this tutorial as a guideline. For both I used wall paper as a backdrop - both free samples from B&Q! Result! I used gaffa tape rather than the sellotape the tutorial suggested as I wanted them a bit more sturdy.

For Dan's I wanted to have a place for him to put all the gig tickets he keeps. They are great to keep but do end up stashed in various places so I thought it would be good to semi-display them and after I saw an similar idea on Pinterest I thought I'd replicate it! 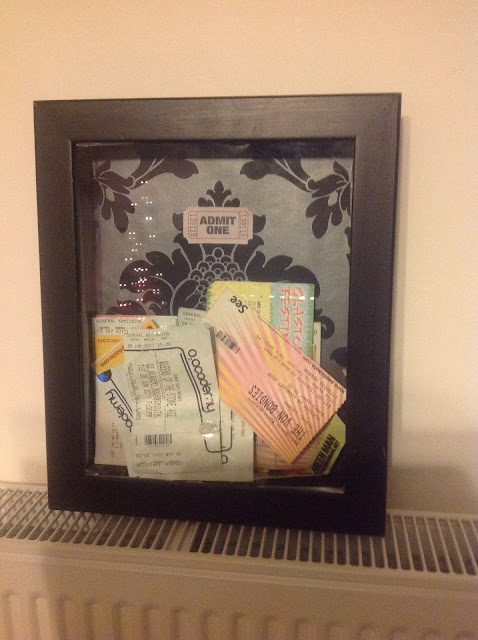 My sister loves word games so again after an idea I saw on Pinterest I thought this would suit her family down to the ground. I found a couple of travel scrabble sets on Ebay - annoyingly there are a lot of 'K's in our family and just the one in a scrabble set! Anyway here is how it turned out! 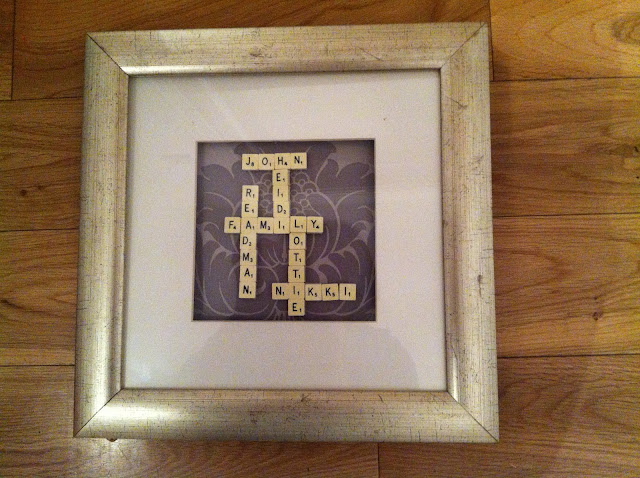