About 3 weeks ago Joplin sighed over breakfast one morning "When is the kitchen not going to be dusty any more Mummy!?' Well it's still a mess, but with the floors down and a coat of paint for the most part the dust has gone!
Microwave meals are wearing a little thin and my kettle broke this morning so even cups of tea are now zapped! My wonderful friend Rachel is now back from her travels though and has had us over for a gorgeous roast and brought round dinner!

So here is latest update!

Everyone mucked in with the painting and Joplin was very proud to paint the bit the skirting board will cover up (don't let on!) 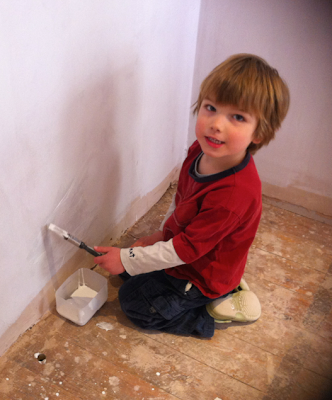 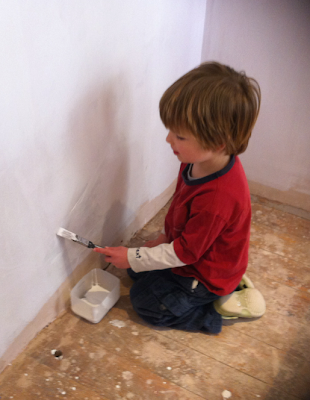 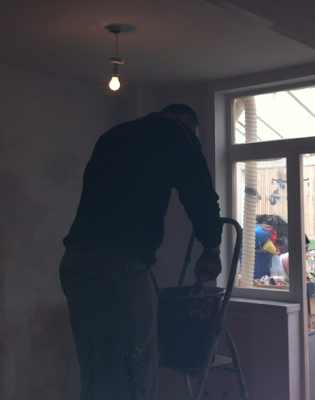 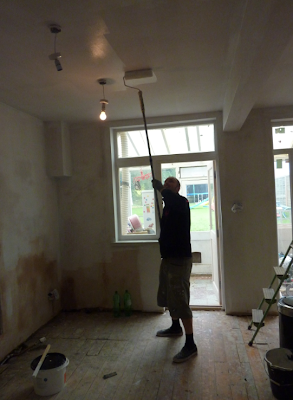 And you only have to leave the room for a minute to find that Eden wants to help too in the most precarious way he can! 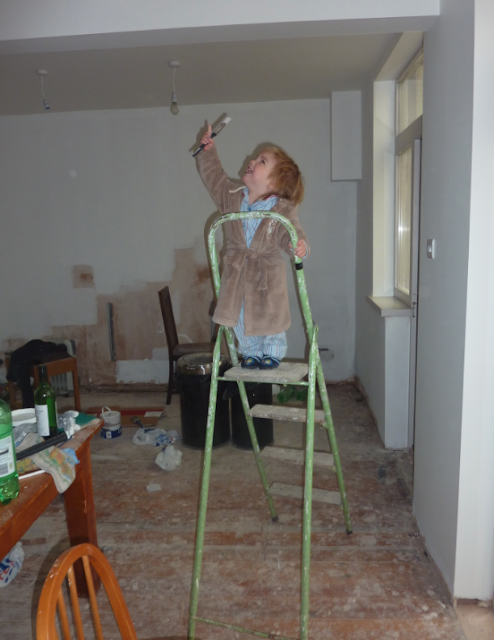 We had initially decided we would have a feature wall and after several testers in both greens and reds we bought 2 tins of 'Red Stallion 2'! Dan painted the wall with it and I hated it! It lasted about 4 hours before it was painted over again but this hint is what would have been. I'm glad it's gone! We then tried out a load of blues and plum colours but finally settled on white! We certainly have the means to paint a rainbow in testers now! 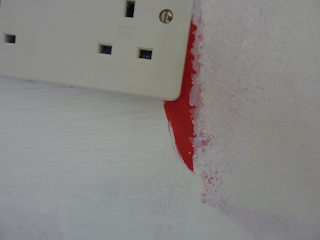 The next task was laying the floor. Dan did a really great job and it makes such a difference. It extends right into the hallway which give a lovely flowing feel between rooms. 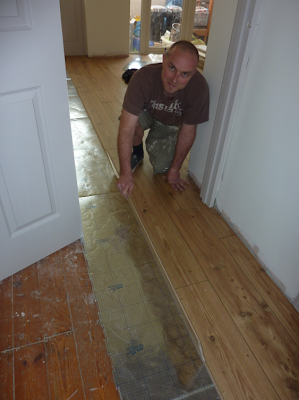 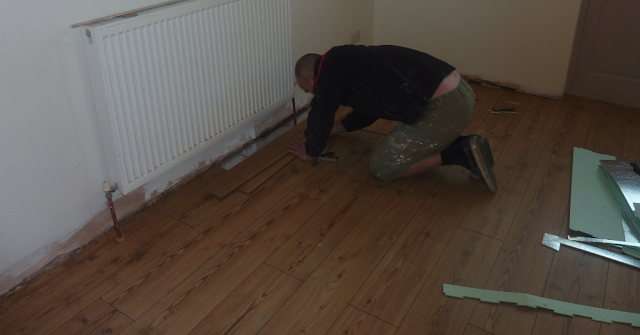 Then the fridge and dishwasher arrived! It was a bit touch and go whether the fridge would fit through the door but the guys were really careful and made it through. I wouldn't like to lift items like that too many times a day! 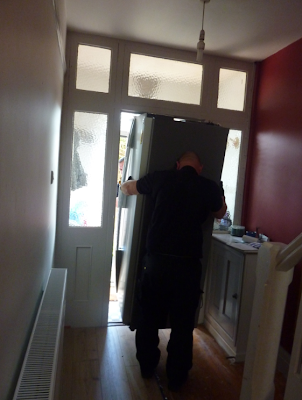 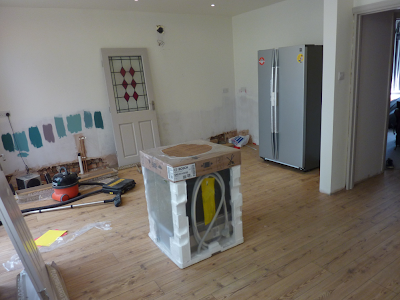 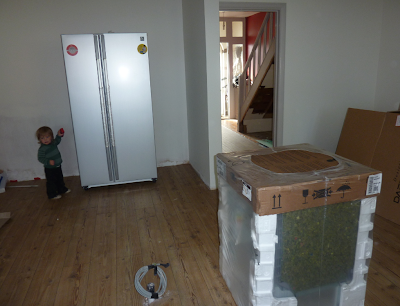 The best bit was the awesome giant cardboard box the fridge came in - they were going to take it away but I said they absolutely had to leave it. As tempting as it was to make something out of it there and then I am resisted as it looks like we will be having a Fireman Party later this year and it will make a fantastic fire engine! It was a great house for a day though! 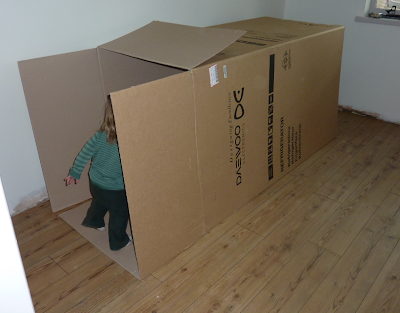 Then finally came the day the kitchen was delivered! The boys were very excited to watch the men bringing it in. 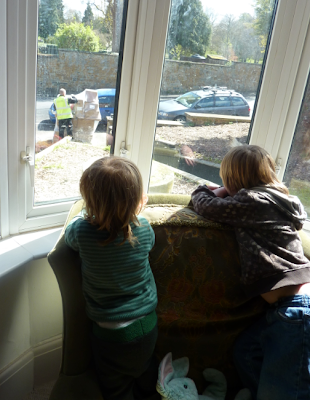 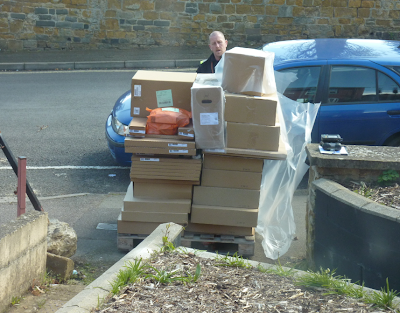 Here it is all stacked up in boxes... 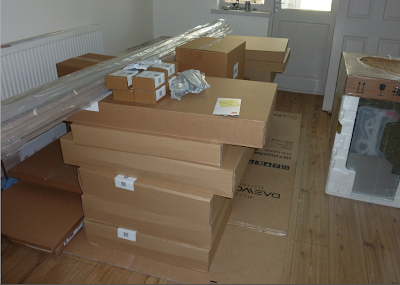 And here is the first look of parts assembled! 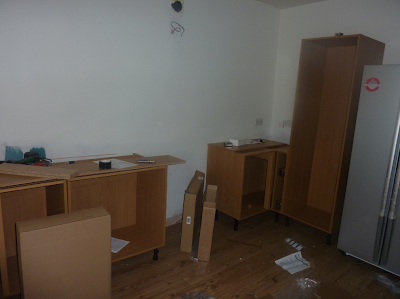 Hopefully next month I can post about a finished room!!