So this was the estate agent's picture and the way it looked before we arrived. 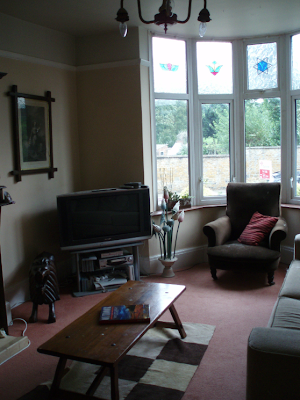 Then we moved in! We had no furniture initially so at the start we were grateful for anything we were given. The fireplace had to be covered with a handy cushion as baby Joplin was rather fond of eating the fake coal in the non-working gas fire! 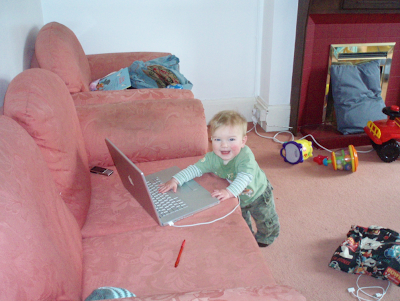 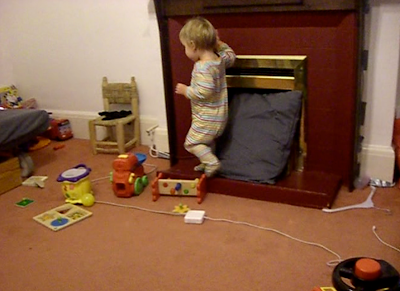 We were lucky enough to be given a lovely sofa and chairs which are so comfy and classic in style. The sofa certainly pleases Dan who has a fondness for falling asleep on various couches! 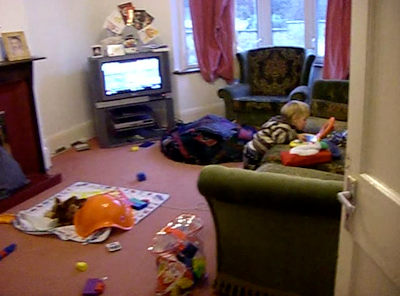 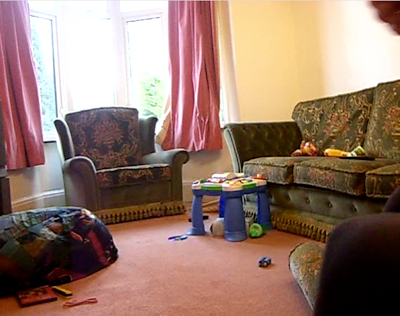 We were grateful to escape the pink carpet and cushions! The carpet was great as it was originally our bedroom carpet but as there was a slight flaw they replaced it and let us keep the old one. The flaw isn't really that noticeable and it was a near perfect fit for the lounge so a great score!
We went for green for the feature wall - partly cause we like it, and partly to avoid having to replace the very comfy suite! It has a really calm feel and is a lovely shade.
We replaced the gas fire with a surround we found on Ebay. I painted some of the tiles as originally the leaves and flowers were bright yellow. The green and red are a little more subtle. The 'tree' in the fireplace is twigs with wire and paper leaves. (It's still a work in process!) 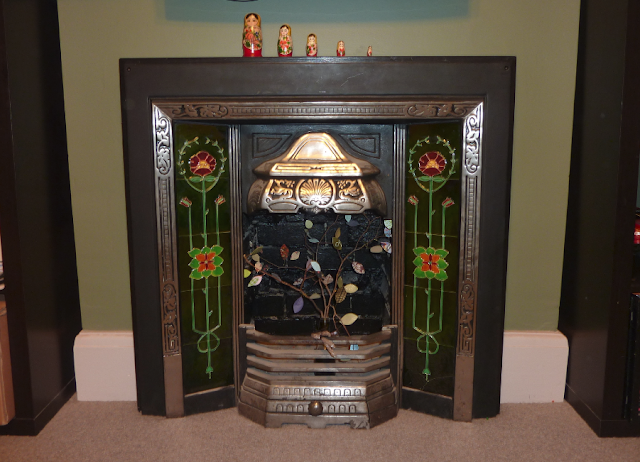 I was really pleased with how the lampshade came out. It has 3 'stories' of pictures - one of just me and Dan pre children; one when we just had Joplin; and one of all of us. It is just A4 paper cut to size and wrapped around white lampshades. I initially did that as a tester planning to use acetate or something similar but I was so happy with the A4 that I thought it may as well stay. 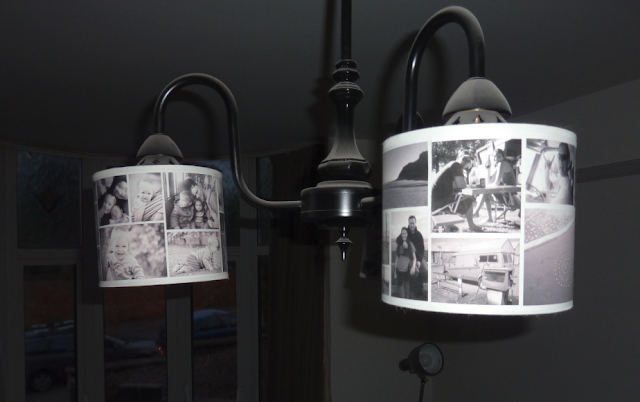 There's still a few more touches needed but the room has a nice feel and has certainly been the cheapest so far as we didn't need to re-plaster and scored free carpet and seating! Having the TV mounted on the wall gives a lot more room too. 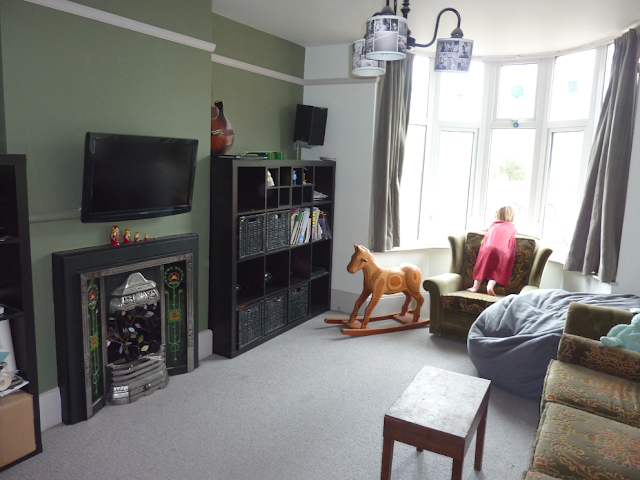 Email ThisBlogThis!Share to TwitterShare to FacebookShare to Pinterest
Labels: HomeRenovation